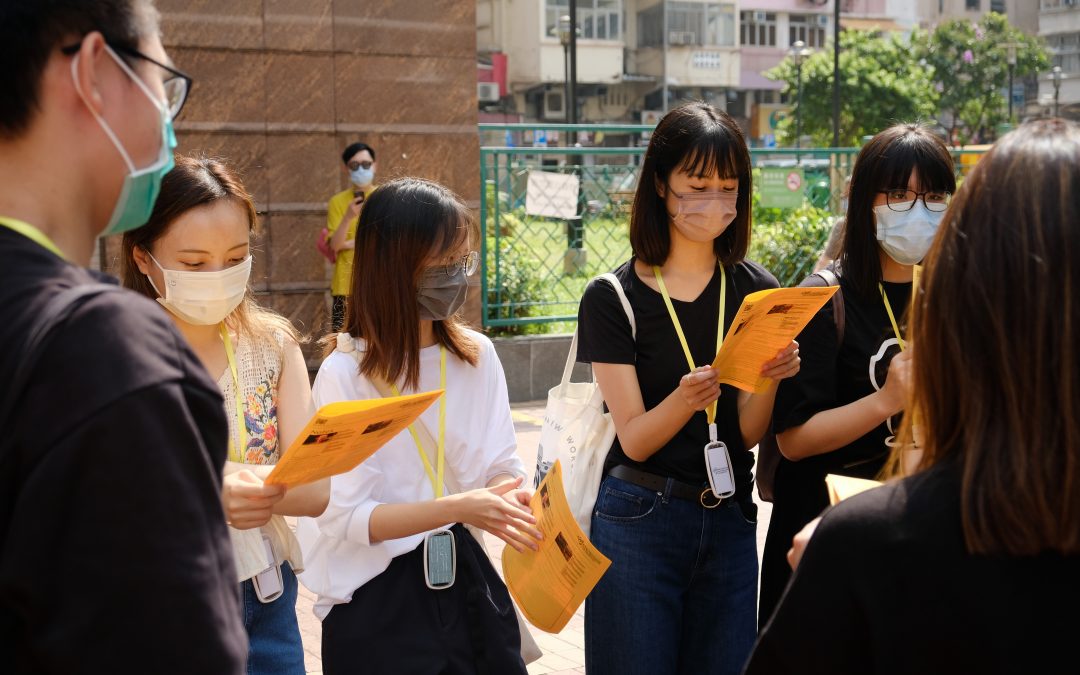 Potential Site Research & Preparation:
Assistant Tutors had a meeting with the school team (SKH Lam Kau Mow Secondary School) during February 2022 and planned a possible Zoom meeting with materials under the Covid policy.
As concept assistants, they prepared the background readings for students to learn about the historical places including Wong UK, Tsang Tai UK and Tao Fong Shan in Sha Tin starting from literature. There are designated questions for them to consider while they collect first-hand data via interviewing their family or friends about Sha Tin.

Field Trip / Site Findings:
Due to the Covid-19 situation, the team delayed the physical trip in late April and had a virtual trip via 3d scanning and 2D imaging during the first and second workshops. The virtual trip was a good experience for the students to learn about the places via their electronic devices. They gathered some inspiration for their designs. In addition, Assistant Tutors taught students to use the iPad and 3D technology devices to scan the items and objects. This is a good method for them to understand new technology and gives them a rare chance to test out scanning the models.

Preparation & Content:
The team introduced more about “BeHere” to the students. There were staff who further explained the project concept of “BeHere”. The team prepared the artworks (Portland St. 砵蘭街) which were done in the trial test with Team 4 last year. The whole process, including researching, developing ideas, design, and photography, was shared.

Knowledge Transfer:
The team led the students to create a story that links their previously collected first-hand data with the “BeHere” project concept. Thinking more about the connection of the city. Students express their ideas such as “How can I leave something/someone/some memory to the people in 2072?” Some participants point out the assumption that the “old buildings” will still be around in 2072. For example, will Tsang Tai Uk be removed? WILL Tao Fong Shan still be available for everyone as a religious place? Some participants drew the scene before 50 years have passed, in the present day, to try to know more about their daily living.

Reflections/Discoveries:
A few students were struggling to connect now to 2072. So, the team prepared more ideas including some future technology concepts to add to the original ideas of the students on their “Be Here” project.

Student’s Process and Ideas:
These are photos showing the ideas development progress of 3 teams from SKH Lam Kau Mow Secondary School. They start by researching, taking the first and secondhand data and selecting interesting places, considering how they will create their scenes along the theme of what life will be like in 2072.

Knowledge Transfer:
Each team combine their team members’ characteristics of ideas and create the scene and there are descriptions for 3 teams.

Reflections/Discoveries:
Students expressed their original base design and I gave some options for them to add more details and perfect it.
For example, we tried the “6W” questions for them to elaborate on the scene with further details including suitable clothes, props, pose holding, and place selection.